Would you like to switch to the accessible version of this site?

Don't need the accessible version of this site?

Their pain is real – and for patients with mystery illnesses, help is coming from an unexpected source 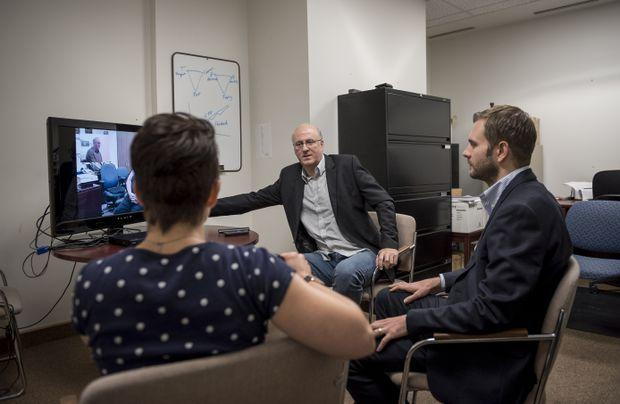 Twenty years ago I got fibromyalgia and it lasted for eight unbearable years. Fibromyalgia is a sort of arthritis of the muscles and is a severely painful chronic pain condition. At times I could not hold a pen, my husband had to cut up my food, and holding my son's hand was excruciating.

Then about twelve years ago I was struggling with severe guilt about a family member that I had ended communication with due to abuse. I sought out help from a hypnotist, having tried everything else to hypnotize me to stop feeling guilty.

I left after the hypnotherapy, no less guilty, but I noticed that I no longer had any pain as I was walking to the car. I had not mentioned the pain to him. That was twelve years ago and the last time I had fibromyalgia.

I kept searching for an answer to how my pain had resolved and then about a year ago I came across the following article in the Globe and Mail:

A man arrives via wheelchair, dragging frozen feet the last few steps, leaning heavily on a cane. He takes a seat, talks to Dr. Abbass. When he leaves, he carries his cane under his arm.

A pixie-haired woman who has not spoken for a month sits before him in another clip. She’s been seen by a team of doctors, who found nothing. By the end of the first session, she speaks, in full, clear sentences.

A middle-aged office manager with an uncontrollable tremor is being considered for brain surgery; 90 minutes of therapy later, she triumphantly waves a stapler in the air, her tremor gone.

This week I was thrilled to attend the 2019 ISTDP conference. It was life-changing. Finally here was the answer and training that allows people to heal from depression, chronic pain, etc.

Intensive Short-Term Dynamic Psychotherapy, or ISTDP, the psychological approach deals with unconscious negative emotions – often guilt or anger linked to an emotional trauma suffered years or decades earlier – which have manifested as a physical symptom. Once the devastating event is addressed, the unexplained symptom can disappear or be significantly reduced, Dr. Abbass says, in as many as three-quarters of patients. In some cases, all it takes is a handful of sessions.

Therapists trained in ISTDP are rare. In Toronto and the surrounding areas, there are around four of us in total. I am so excited to continue to attend conferences and work with patients using ISTDP.